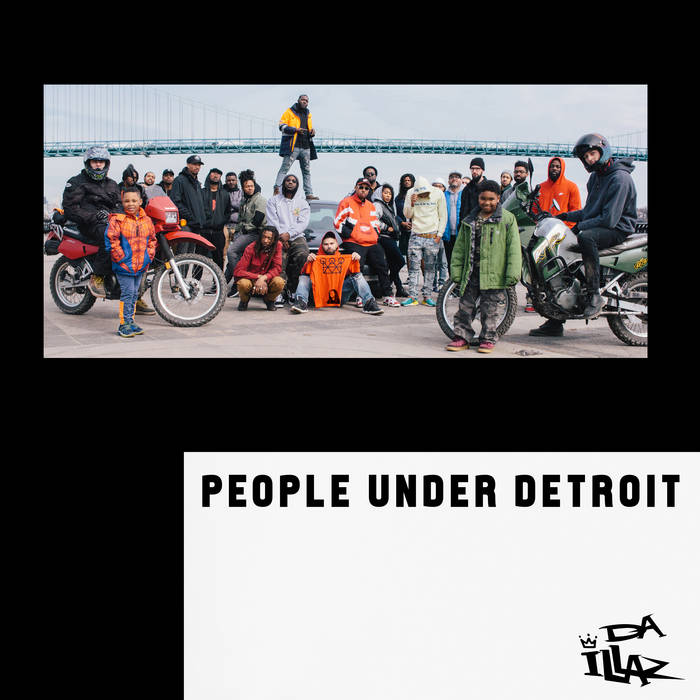 AntBell! It was a hard choice to choose just one. This project is dope and definitely needed. It also caused the name and artistry of PUTS back to mind. great work! Great way to kick shit off y'all! One Love Favorite track: Pt. 0 (Feat. Emile Vincent, Semi Six, Capital SS).

ANY $$$ off of this is going to go back to Mikes family some sort of way. If youre part of Mikes family and are reading this, reach out to me @illadope


PEOPLE UNDER THE STAIRS MERCH - PUTS.BAND

I'm typing this from the Las Vegas airport with my gurl and my daughter by my side. (Been stranded here for like 12 hours trying to get another flight back to the D) My brotha illadope out in North Carolina holding it down getting the project posted up for your listening pleasure. Just today alone we fought thru so much adversity to even have a project to upload but honestly that's really what Da iLLAZ is about. Overcoming whatever is put in front of us and coming out on the other side with some jams for the people to rock with. It's so fitting that our 1st project is dedicated to illadope's favorite hip hop group, People Under The Stairs.

Mike and Chris laid the blueprint for what we wanna be as a group and showed me the deeper meaning of what an MC is and how it's bigger than just the stage. This is our token of gratitude for y'all contribution to hip hop. Thank you for the music and it's forever the P! 🙏🏾

First off I would like to say thank you for everyone listening. This was a project that came from....curiosity? If you didn't know, I'm a huge People Under the Stairs fan. Whenever there is merch I try to buy it immediately. In 2013 Thes dropped a wooden box of vinyl with various unreleased People Under the Stairs beats & other goodies. I was fortunate to grab one & that is what the project is sourced from. Couple of years ago I was riding with L.A.Z. listening to 10 Years of Thes One and he kept asking who made these beats. As many times as I tried to show him the actual songs he refused & said he wanted to write to them himself & see how they would end up compared to the original songs.

I never thought anything would materialize from this really. A few songs here & there but thats all I could imagine. This "project" kind of took a life of its own. Then Thes announced his retirement. Like any fan thats reading this Im sure you all could relate. I was shocked. I spent half my life listening to People Under the Stairs. It always felt right that something new would come from them. The retirement announcement still doesn't seem real honestly. I really wanted to scrap the project because I didnt want it to look like it was made out of sadness from Thes retiring or anything. But L.A.Z. gave me a different perspective. A lot of people wait until their favorite artist die for them to REALLY express how they feel about them. I feel like this passion project is doing two things. Spreading PUTS even further, and hopefully Thes & Double K (If you're reading this) can appreciate the appreciation that I've personally had throughout the years. As a Dj I like spreading music, and what a better way of doing so outside of playing the original songs.

To the casual listener out there reading this, familiarize yourself not only with Da ilLaz but also with People Under the Stairs. If you're feeling any of this check their site out and cop some merch! Outside of anyone listening, that will truly make me happy & what I want from this project. This the longest thing I've wrote about someone else I don't personally know so I'll let you guys get to listening. Thanks for reading if you made it this far!

Want to shout out Thes One & Double K from People Under the Stairs, Obviously without them this would of never happened.

Da iLLAZ hail from the south-side of Colorado Springs. They attended the same high school, but serendipity didn’t occur until 2009, when they officially met online.

Without ever living in the same state L.A.Z (the MC) and illadope (the producer/DJ) have perfected the remote work ethic.

Bandcamp Daily  your guide to the world of Bandcamp

Cannibal Corpse's George "Corpsegrinder" Fisher stops by for an interview